Are there any side effects from taking medications during IVF?

1. What are injectable gonadotropins?

Gonadotropins are drugs that are widely used in assisted reproductive treatment programs, in an injectable form and contain either Follicullar Stimulating Hormone (FSH) on its own or in combination with Luteinizing hormone (LH). During a woman's normal menstrual cycle, both FSH and LH are produced by the pituitary gland of the brain in order to stimulate the ovaries to produce follicles. One dominant follicle continues to grow in size and single follicular ovulation occurs. When FSH (either alone or in combination with LH) is given in an injectable manner to a woman, then, this hormonal stimulation acts directly onto the ovaries resulting in multiple folliculogenesis (the growth of more than one follicle). It is important to note that we do not create new follicles but grow the existing ones.

2. How are these drugs used?

Gonadotropins are widely used in assisted reproduction programs, either for intrauterine inseminations and even more so for IVF cycles. Injectable gonadotropins are applied at the beginning of a woman's menstrual cycle (2nd - 3rd day of the cycle), in order to achieve the development of multiple follicles and therefore harvest more than one egg (oocyte). Human chorionic gonadotropin (hCG), another injectable drug, is then used to finalise the maturation and then induce the release of the eggs (from the follicles). During these therapeutic interventions, the woman undergoes frequent ultrasound examinations by the infertility doctor in order to ensure the normal and symmetrical development of multiple follicles growing and determine the necessary time to perform the transvaginal ultrasound-guided egg collection. This close monitoring eliminates the risks and complications.

3. What are some of the possible side effects of injecting gonadotropins?

Injectable gonadotropins for scheduling timed intercourse or for intrauterine insemination is associated with an increased risk of multiple pregnancies (25% -30% multiple implants), which normally occur in only 1% to 2% in normal conceptions. Multiple pregnancies are considered high-risk pregnancies as women are at a greater risk of miscarriage in the first trimester, preterm labour, infantile abnormalities, as well as developing diabetes, hypertension and bleeding in pregnancy. Because multiple pregnancies are a complication of gonadotropins, in recent years their administration has increasingly been phased out for timed intercourse or intrauterine inseminations. They have been replaced, in recent years, by oral tablets that control the growth of folliculogenesis in a more controlled way, such as clomiphene citrate, letrozole, etc. However, gonadotropin administration continues to be the gold standard in IVF programs as the number of embryos eventually transferred to the woman's uterus is completely controlled and hence we can reduce the multiple pregnancy rate.

Ovarian torsion is an extremely rare complication with an incidence of 0.01% - 0.2%. This is an emergency situation in which the entire stimulated ovary after the administration of gonadotropins, with the developing follicles, may rotate - twist around its stem, resulting in the cessation of its blood supply and the clinical manifestation of severe pain. In this case, immediate surgery is required in order for the ovary to return to its correct anatomical position and to restore its blood supply from the arteries. In extremely rare cases, the ovary may even need to be removed.

Although at the beginning of gonadotropin administration in assisted reproductive treatment programs there were fears that controlled stimulation could trigger some malignancy in the future, over the last 25 years of their use no statistically significant rise for a possibly malignancy in the future (either breast or ovarian cancer) has been found. In fact, recent multicenter studies have shown that women who have been asked to receive hormonal stimulation with gonadotropins up to 6 times in their lifetime for some assisted reproductive therapy are at exactly the same statistical risk of developing breast or ovarian cancer as a woman who has never had taken gonadotropins for ovarian stimulation.

In some women, topical injection of gonadotropins can cause local skin irritation and, more rarely, generalized allergies. Other side effects that have been sporadically described from time to time include breast tenderness, headache, and mood swings.

If you are considering treatment in Greece, please schedule a medical consultaton with our team so we can discuss your individual protocol as we want you to feel comfortable with your decision and fully supported throughout your treatment. 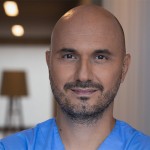 Athanasios is an Infertility Specialist at Newlife IVF Greece. He obtained a PhD degree and graduated from the Medical School of the Aristotle University of Thessaloniki (AUTH).