Although HIV and IVF may have been imprinted in one’s perception as contradicting concepts, due to the past lower life expectancy rates, they have now become a rather realistic option for those interested in having an offspring through assisted reproduction.

Assisted reproductive technology (ART) methods can help minimize the danger of infection in couples where only one of the two is seropositive. In vitro fertilization with the semen of an HIV-positive male partner can be both safe and effective and help avoid infection of the mother and child.

These couples are called serodiscordant, because they are in a different sero-state; one is seropositive for HIV and the other seronegative. Fortunately, data from IVF Units both in Europe and USA have shown that more than 500 children have been born till today, without any transmission of HIV.

Special attention is required from the IVF Unit, to comply with the safety standards and specifications, so as to ensure that seronegative couples and personnel will not be exposed to the virus. The above-mentioned standards are required in all steps involved in the IVF treatment including: oocyte pick-up, fertilization, embryo culture and cryopreservation of gametes or embryos of serodiscordant/seropositive couples.

In Greece, according to the law Ν.3305/2005, in the 4th article it is stated that before starting an IVF treatment, it is obligatory to be tested for the presence of HIV. In case that someone is tested positive, a special permission for IVF treatment, is required from the National Board of Assisted Reproduction.

According to a more recent law (170/B/06-02-2008), in order to be submitted to an IVF treatment the following conditions are required:

According to the 5th article of the same law, the ART treatment should be taken place in a specially equipped laboratory in the IVF Unit.

The permission given from the National Board is valid for IVF treatment both in Greece and abroad. 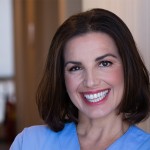 Eirini is an Embryologist working in the IVF laboratory and a member of the scientific team of Newlife IVF Greece.