It is estimated that approximately 15% of couples seek help to overcome infertility problems. Male factor is a reason behind one third of couples’ infertility problems. The remaining two thirds seem to be equally distributed between female-related problems and a mixture of unexplained causes and combinations of male and female factors, respectively.

Various sperm separation or isolation methods exist to select sperm cells. Conventional techniques such as simple wash method, density gradient centrifugation (DGC), swim-up, swim-down and the glass wool filtration techniques, select sperm cells based on their motility and morphology. However, the important factors that affect the sperms’ fertilization potential such as oxidative stress and DNA integrity cannot be assessed by any of these conventional methods. Hence, several advanced sperm selection techniques were introduced to select spermatozoa with high DNA integrity to increase the success rate of ART. Several of these techniques are currently utilized for this purpose, each of them relying on different features in order to select the optimal sperm.

This technique is based on the fact that hyaluronic acid (HA) plays an important role in selecting functionally competent sperm during in vivo fertilization. Not only HA is the main component of the cumulus matrix that surrounds the human oocyte, but also a natural selector of developmentally mature sperm. Currently, there are two options available to perform this technique: either by using plastic culture dishes with HA hydrogel microdots or by using an alternate HA-containing viscous medium known as “Sperm Slow”.

Sperm DNA damage may cause male infertility and lead to sperm cells’ apoptosis. Apoptosis in sperm is manifested by the exposure of phosphatidylserine allowing the detection and separation of apoptotic sperm. This sperm is not distinguishable from normal sperm with the naked eye. In order to avoid damaged sperm, we use MACS ART Annexin V system. Before the separation, damaged apoptotic sperm is labelled with magnetic nanoparticles, and then they are put through a column, where the apoptotic sperm is captured. Intact live spermatozoa flow through the column and are collected for further use. Cases in which this method is usually employed include: patients with altered sperm parameters, cryopreserved spermatozoa retrieved from previously frozen sperm samples, previous fertilization failure, recurrent implantation failure and recurrent miscarriage.

Studies have shown that sperm classified as morphologically “normal” at conventional optical resolution and magnification (x200-x400) may carry ultrastructural defects. Many of these abnormalities have been linked to hidden chromosomal defects, high levels of DNA fragmentation, abnormal centriolar function, etc. These aberrations may impede fertilization, lead to post-fertilization arrest or even disrupt embryo development. In order to overcome the above-mentioned defects, observations can be performed using an inverted light microscope with high-power optics intended, at x6000-x6600 magnification, which allows the embryologist to assess sperm morphology in real time. In this regard, IMSI has been proved useful for severe oligo-astheno-teratozoospermic patients (men with low count, low motility and increased abnormal forms in their sperm samples) and for couples with either recurrent implantation failure or repeated miscarriages (miscarriage rates may be reduced by up to 50%) when an apparent severe sperm factor is present.

In summary, several sperm preparation methods are available to process sperm for use in ART. Each infertile couple must be carefully examined to determine the best sperm preparation method. It is the responsibility of the IVF clinic to select the appropriate cases that will be benefited from these methods as their routine use to all cases might lead to an adverse outcome. 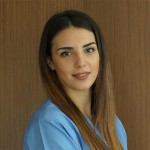 Elli is an Embryologist and a member of the scientific team of Newlife IVF Greece.