Male fertility highly depends on a biochemical pathway, called spermatogenesis. Through this process millions of spermatozoa are produced by the testicles. There is a large variety of factors which can affect this pathway, causing a negative impact on the quantity and quality of the sperm cells produced. One of those factors is known as Oxidative Stress (OS) and has been characterized as one of the main reasons of male infertility, affecting 30-80% of infertile men. OS is observed when the defensive, anti-oxidant system of the human body fails to neutralize the excessive production of Reactive Oxygen Species (ROS). Although low concentrations of these molecules are vital for the normal function of the male reproductive system and the processes which take place in it, increased concentrations may alter the structure of proteins and enzymes, damage the integrity of sperm DNA, leading to reduced fertilisation. It is of great importance to highlight that spermatozoa bearing extended DNA damage may have the potential to fertilise an oocyte, however, as a pregnancy progresses the paternal genome may disturb the normal embryo development which may lead to a pregnancy loss.

Under normal conditions, low amounts of ROS are produced by the thousands of mitochondria which are located on the middle piece (“neck”) of spermatozoa. These small amounts of ROS are essential for capacitation, hyperactivation, motility and, consequently, fertilization. The male reproductive system, mainly through the seminal plasma, has developed its own antioxidant defense to protect itself from the detrimental effects of excessive ROS concentrations. Vitamin C, Vitamin E, β-carotenoids (rich in carrots, sweet potatoes, and other vegetables), albumin, and selenium are just some of the antioxidant molecules found in seminal plasma and are of vital importance as they minimize the ROS formation reducing in turn the oxidative stress, cell death, and sperm DNA fragmentation rates.

What can cause, however, the excessive production of ROS?

Therefore, the increase in oxidative stress, is highly dependent on lifestyle. Still, there are no specific guidelines from the World Health Organization (WHO) addressing the need for routine evaluation of OS in men. Nowadays, however, there are several commercially available oxidative stress diagnostic techniques, which may be utilized as an extra test to the basic parameters of a typical semen analysis (sperm motility, concentration and percentage of normal forms) and provide a thorough assessment of male fertility status.

There is no general consensus regarding the management of oxidative stress. As new diagnostic techniques become available and new treatments are proposed to tackle this problem, every man who cares about his fertility should improve his lifestyle (nutrition, exercise, restriction of alcohol and nicotine consumption), and speak to an expert if he has reasons to worry. The scientific team of Newlife IVF Greece is always up to date with the latest technologies available and will be more than happy to meet you and provide any extra information you might need to know. 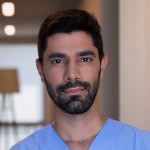 Lefteris is an Embryologist at the Newlife IVF Greece clinic.