Why is Greece considered to have one of the most liberal legislation for fertility treatments in Europe?

IVF is considered one of the greatest medical achievements of the 20th century. Today, more than 3 million children have been born through IVF worldwide, while in 16 European countries, infants born by assisted reproduction come to 3.9% of all live-births. In Greece, we see that since 2005, approximately 50 reproductive clinics have been registered and are currently operating, a number greater than other European countries with the same population.

Most of the European nations have adopted laws in order to define the range and activity of assisted reproduction. There is a variety of cultural, religious, political and economic values based on which these laws have been formed and this practically reflects the complexity of the nature of assisted reproduction. Despite the fact that there were many IVF clinics, it was only on December 19, 2002 that legal regulations were introduced by the Greek parliament which approved the Law 3089/2002 ‘Medical assistance in human reproduction’ and on January 8, 2005 the Law 3305/2005 ‘Application of the methods of Medically Assisted Reproduction’.

In Greece, we see that cohabiting couples, married couples or unmarried couples and single women are eligible for IVF. According to the legislative frameworks in other EU countries (such as Belgium, Denmark, Estonia, Finland, and the UK), whenever consent to use these techniques is given to single women, it also covers women who have identified themselves as homosexual. Such medical assistance in Greece is permissible provided that the assisted person is within the reproductive age. Consent to all procedures must always be given in a written form and after appropriate information about the risks and consequences of the techniques of artificial reproduction has been provided. In the case of an unmarried couple or a single woman, a notarial deed needs to be signed too.

The 2005 Law, defines the age limit for women who wish to resort to IVF, which is the age of 50. The age limit has been recently extended to the age of 52 due to the recent COVID-19 outbreak. The Greek parliament recently approved a new age limit extension at the age of 54. However, we are still expecting the new bill to be officially issued and released, along with the obligatory requirements (if any). The number of embryos transferred depends on the age of the woman and the number of treatment cycles she has had. A woman aged up to and including 40 years of age is allowed to transfer a maximum of three embryos; in the case of an older woman, the maximum number can be four. However, this is something that should be discussed in detail with the healthcare provider.

Gametes, embryos, gestation and relevant intermediations cannot be objects of a contract that involves financial retribution. In regard to homologous artificial reproduction, Article 1455 specifies that medically assisted human reproduction (artificial fertilization) is permitted only in the case of inability to have children in a natural way or to avoid the transmission of a severe genetic disorder to the child. When it comes to heterologous artificial-fertilization techniques, article 1460 of the Greek law states that neither the identity of the donor of reproductive material, nor the identity of the child and its parents to the donor is to be disclosed.

In Greece, medically assisted reproduction after the death of the spouse or the partner is permitted only if (article 1457):

Assisted reproduction is carried out not before six months and not after two years from the death of the spouse or partner. There seems to be no common policy on a European level on this subject; 15 legislative frameworks in other European countries appear to be in agreement – under some conditions – with the Greek legislation, while 11 of them prohibit altogether the artificial reproduction postmortem.

In regard to surrogacy, Greek legislation allows for a woman (relative, friend, or stranger) to put herself forward for the transfer to her uterus of an embryo produced in vitro with gametes of the couple (applicant or the assignee).

Greek law indicates that the persons resorting to assisted reproduction should decide in common, declare their will in written form and submit it before starting the relevant treatment. Any cryopreserved reproductive material that is not going to be used for their own treatment (surplus) should be:

Legislation Comparison with other European Countries

Even though Greek legislation follows the current European directives, it appears to differ on many points with legislative frameworks of other European countries. From a legislative survey of 14 European countries, it emerges that there is a clear division on issues such as preimplantation genetic screening, oocyte sharing and insemination of single women, as seven out of the 14 allow the aforementioned techniques while the other seven forbid them.

Some subjects seem to divide opinion amongst European countries while others seem to unite, such as surrogacy, as the majority of countries seem to agree that surrogacy should be forbidden. Even though Greek society, is profoundly more traditional and family oriented, the legislative framework depicts a very liberal approach on this matter.

According to another study which included 13 European countries (Austria, Belgium, Denmark, Finland, France, Germany, Greece, Italy, Netherlands, Portugal, Spain, Sweden, UK), only six of them have taken a more liberal approach to access to IVF. These countries (Belgium, Denmark, Finland, Greece, Spain and the UK) do not require a medical diagnosis of infertility for access to IVF treatment, nor do they exclude single women and homosexual females.

Regulatory patterns, regarding upper age limits, were less clear. Of the six countries with no set age limit, three were amongst the countries with more liberal access (Finland, Spain and the UK), while the other three had more restrictive policies (Austria, Germany and Portugal). The remaining seven countries imposed either strict (fixed age) or soft (child-bearing age) limits for women to access IVF independent of coverage. Sweden’s soft limit also refers to men, requiring that they be sufficiently young to parent an infant through childhood. In countries with soft or no age limits, access to IVF generally rests with the clinic or doctor. Some countries have imposed fixed limits that would appear to be linked to the age of natural reproduction (<45 years for Belgium, Denmark and the Netherlands; <50 years for Greece), thereby avoiding controversy regarding post-menopausal motherhood.

All of the countries studied allow donor gametes to be used in IVF, although Germany limits donor IVF to semen only. Three of the countries that permit the use of donor gametes (Denmark, Sweden and Germany), do not allow embryo donation. The reasoning is similar, based on the idea that the child should have a genetic bond with at least one of his parents. Although France prohibits ‘double donation’ of gametes, it nonetheless permits embryo donation subject to judicial oversight. Germany’s prohibition of donor oocytes effectively precludes the use of donor embryos.

An additional factor that may affect the decision-making of both donors and recipients is whether the donation is anonymous or not. The countries that allow gamete donation are split on this matter, with 6 insisting on anonymous donations (Belgium, Denmark, France, Greece, Portugal and Spain), and the other 7 requiring or permitting non-anonymous donations (Finland, Germany, the Netherlands, Sweden, Austria, Italy and the UK). Interestingly, this dichotomy is not consistent with the countries’ overall liberal or restrictive regulatory policies regarding IVF.

Based on all the above it is evident that Greece currently has one of the most liberal legislations for assisted reproduction in Europe.

The diversity of regulation and public financing of IVF in Europe and its impact on utilization, K. Berg Brigham, B. Cadier, and K. Chevreul Human Reproduction, Vol.28, No.3 pp. 666–675, 2013 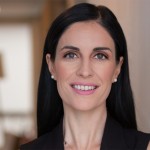 Monica is working as an International Patient Coordinator at Newlife IVF Greece.